A large pharmaceutical manufacturer was having serious fouling issues within their boiler system which supplies heat for five buildings. While evaluating their system they found high head pressures, blocked strainers, significantly reduced flow, and very high ∆P across heat exchangers.

These findings then prompted them to check the amperage draw on their pump which had increased significantly since installation and confirmed the suspicion of a severely scaled system operating inefficiently. Inquiring for a solution they contacted several chemical companies and consulting services to advise what chemical would be best to clean the system. Based on the effectiveness, environmental impact, and safety of their operators they chose RYDLYME to get the job done.

The RYDLYME was used at a 30% concentration utilizing a 330-gallon tote container as an expansion tank to allow for the settling of any insoluble items and allow for off-gassing as RYDLYME dissolved the scale build-up. After cleaning the system it was rinsed and brought back online. After analyzing data post-cleaning, the results showed increases in efficiency greater than expected. Comparing the cost to create 1000lbs of steam on a similar day a year prior, the net efficiency gain was almost 23%. In addition, the amperage draw on the system pumps went down significantly as well. After cleaning their system with RYDLYME they are saving nearly $55,000 per year on steam generation and over $6,000 on electricity due to the reduced amperage draw.

Had they not cleaned their system with RYDLYME it would have cost them over $400,000 to replace the components. Unaccounted for is the extended life of the equipment as well as reduced labor costs on comfort calls. Once again RYDLYME was the rapid, safe and effective solution to reduce downtime and save thousands of dollars from inefficiency. 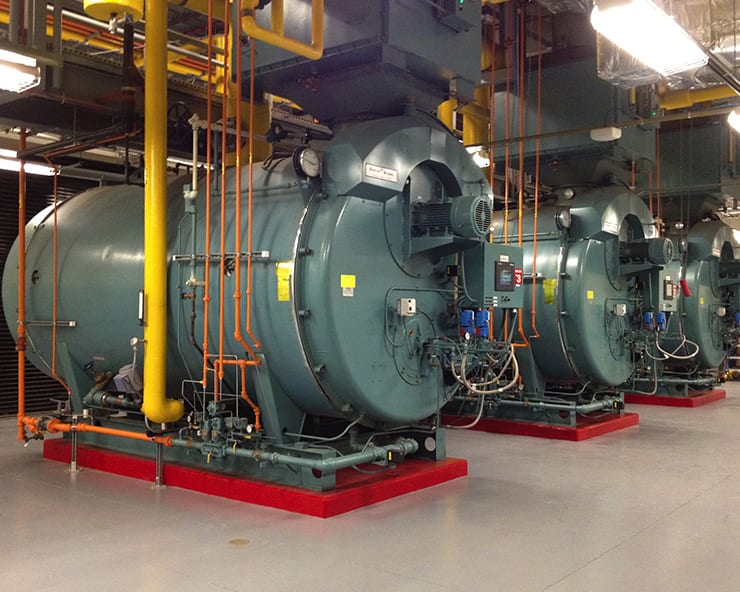